This soup started from leftover ham.  Since I have been making so many things into soup – this of course was a natural assumption when that beautiful ham first arrived at our house.  Most people would chose to make pea soup with leftover ham and a ham bone — and I could have also done that, but it’s not a favorite in our house and this one looked so much more appealing.

This recipe originated at Taste of Home Site (http://www.tasteofhome.com/Recipes/Cheddar-Ham-Soup) – and has been minimally modified (no peas, for example).

This soup is a little different in preparation from the others I have made and posted about, but I chose it to use because it still looked fast and easy and of course it used up that all important ingredient – the leftover ham.

So I started with chopping, dicing and slicing so I’d be ready to add these ingredients once the roux was ready.  Yes, I said roux and yes, this is the first time that I posted a soup using one.  I have tried to avoid using flour and butter as a thickening agent (using instead mostly olive oil for the butter, and using potatoes to thicken my soups – but sometimes you need a change).

This soup has potatoes, but we aren’t going to cook this soup long enough to use the potatoes for the thickening, nor are we going to use the blender in any way. This soup is meant to be creamy and chunky! 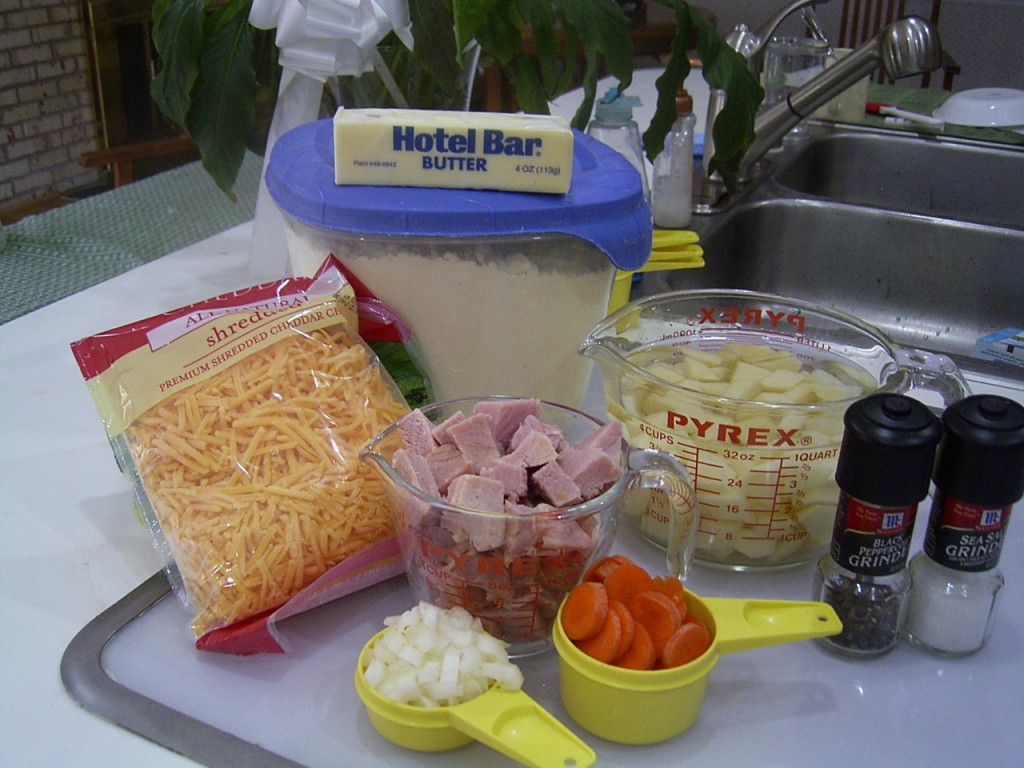 As you can see, in my ingredients picture above, I don’t always use exact measurements when making soup – for one thing, the soup is forgiving, and for the other, there is no way I am going to not add the entire potato (for example) once I have peeled and diced it.

Note: I always place my potatoes in water after I’ve peeled and diced them – my mother always said it would help them from darkening in color – and who I am to question her wisdom.

1. In a medium saucepan, combine potatoes, water, carrot and onion. Bring to boil then reduce heat; cover and cook for 10-15 minutes or until tender.

While that is cooking:

2. In another saucepan (large enough to hold the entire batch of soup) – Make the roux.  Roux is simply butter and flour that will be used as the thickening agent in this soup.  It’s not difficult…. basically you …  melt the butter and then stir in the flour until smooth.

3. Once your roux looks smooth – gradually add in the milk, salt and pepper – bring to a boil and let that boil for about two minutes or until thickened.

4. Stir in the cheese until melted. Stir in undrained potato mixture.  Then add the ham… and heat it throughly.

It’ll look something like this, and I can say without a doubt – it was delicious. 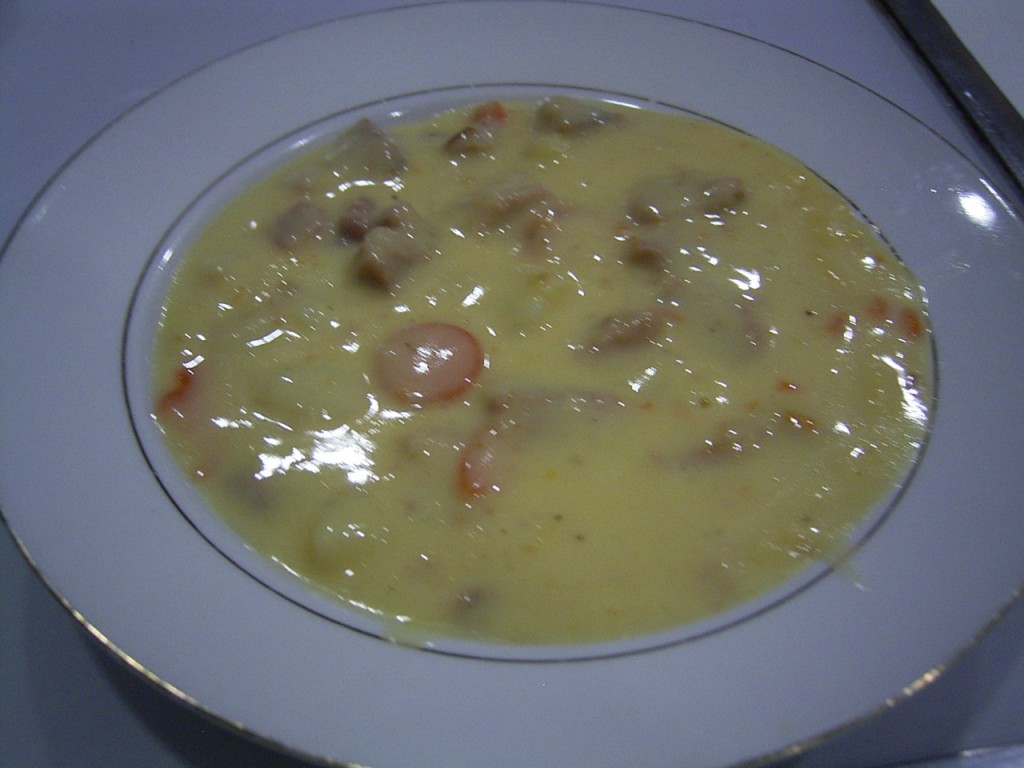 2 thoughts on “Ham and Cheddar Soup”