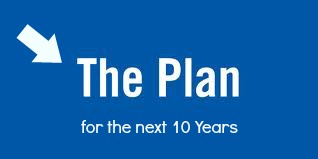 Variables all around me in our economy and world has caused my new plan to be stalled.   Why? Because my personality doesn’t really like to make a decision (about the plan) without knowing all the variables.  I like to be able to see the path from beginning to end, and then carefully chart my course.  Checking off the milestones and making decisions along the way according to the plan is just the way I usually like to roll.

I haven’t ever written down my plan on paper.  But I really did have a list of things I wanted to accomplish in life from when I was a child and although they were vague …. I wanted to marry, have children, have a house of my own, save a million dollars … you get the idea. Later this list became revised, to include living debt free, having a business, saving for the boys college education, and being a grandmother.

Planning and thinking about these things helps build a framework to a goal. It gives you a direction and a reason to forgo some of life’s instant pleasures for the joy of making the goal happen.  So many people could benefit from doing this.  It isn’t easy by any means, but it gives you something to work for and towards — and it’s a worthwhile endeavor.

Just think of the things that “could be” easier to deal with, if you planned ahead.  Things like the type of education you wanted, your education costs, how much your first house might cost,  where you might like to settle down, or what you goal/dream job would be?

Years ago, you could put together a workable plan pretty easily.  You saved a certain amount, you received actual interest that made it look like you were gaining on your goal, and you were “on your way”.   You bought a house, and knew “down the line” you could sell it for more than you paid for it ~basically a fairly secure investment in your future~ as well as it being your home.  You worked hard for an employer who had a retirement plan so that you’d have that safety net and today …. nothing is guaranteed.  Don’t get me wrong, nothing was guaranteed before either, but it was assumed to be so, and usually was — so that the plan had a secure footing to build upon.

Part of it,  I know is my personality – like it or not I do try and choose my path, and plan the way to the goal without considering if, or what “could be” if I changed that path along the way.   I do consider the variables before I start, but once en route I really don’t think about them much.  Most of the time, and through most of my life, my paths have not been hindered by large obstacles or horrific circumstances.

Today the variables seem to be all around me outnumbering the choices. All are vying for my attention – chose this way, chose that way…. oh no, don’t do that, do this instead.  Because of where the economy is, where it might be in a few years, and my age,  the variables seem to be overpowering any long term decision making.  So until I can work to “clear a reasonable path” for our next 10 years, I think I’ll put the plan on hold.

Do you “plan” and if you do, how are you getting around your obstacles to make it happen?