Today I am writing about one issue I have with my insurance company.  You might know them, the one with the high rates, large deductibles and copayments.

Did you know insurance companies can totally deny your claim for any reason?  What I want to know is at what point did we (the consumer, the customer, the client) allow them to deny medicines. Shouldn’t they just have to suck it up and pay if it’s prescribed and we are on a plan with them (especially if we’ve been on it long term and it works?)  Shouldn’t the highest tier pay for any medications we need?  It used to — things have changed.

My allergy medication was “denied” by my insurance company.  I have taken this specific medication since about 1990.  This medication which is old (first generation antihistimine) and no longer produced by any of the top pharmaceutical companies, was the one that I relied on daily to keep me from gasping for breath.    I have gone from needing an inhaler every few minutes to actually not using one and I credit this antihistime with that magical power. 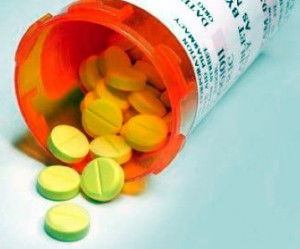 The current manufacturer of this antihistime (who I had to find on my own) and who currently produces it obviously doesn’t discount it enough for the insurance company, or they chose not to use them.  But does that really matter when the insurance company doesn’t accept the fact that I need that particular one in the first place?

Forget that it works excellently for me, forget that it keeps my allergies and asthma under total control —  it doesn’t matter at all.  The insurance company says the newer over the counter allergy meds would work and therefore, if I insist on having this particular one, I need to pay for it myself.  Even a letter by my doctor to the insurance company indicating that I had tried others without the same result did not convince them.

Recently a change in their drug formulations chart (the ones they approve and at what level of copayment) said they now were classifying it in the third tier.  My initial joy at seeing it on their list (since in the past they have flatly denied it all together) wasn’t justified.   My new copayment structure along with it being on the third tier, now makes the “copayment”  higher than the actual cost of the medicine.   Go figure!  END_OF_DOCUMENT_TOKEN_TO_BE_REPLACED